Meet the student: Read an interview with Landon Lockhart 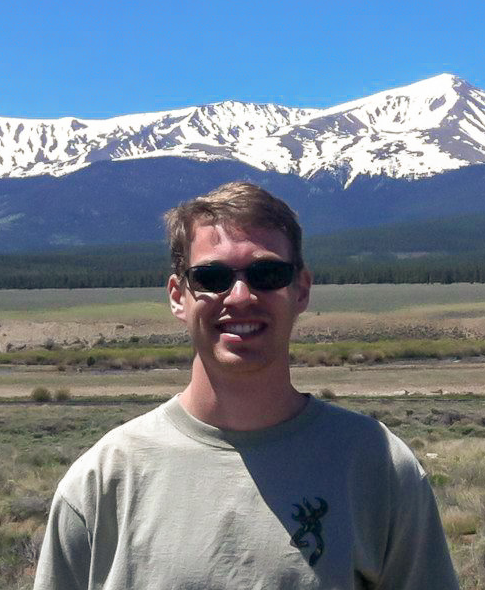 Landon Lockhart, a graduate research assistant at UTIG and PhD student at the Jackson School of Geosciences, has received third prize in the Halliburton Landmark Earth Model Award 2018 for his master’s thesis on pore pressure prediction.

The Halliburton Landmark Earth Model Award is an international geoscience competition that rewards excellence in master’s level research. Landon was one of three winners chosen out of over sixty applicants from across the world. As third place winner, Landon receives $1,000 cash prize and will be invited to present his research at a Halliburton Landmark industry event. The University will also receive a matching financial donation.

Landon joined the University of Texas Jackson School of Geosciences as a Geosciences Master’s student in 2015. After graduating in Fall 2018 he completed an internship at Peregrine Petroleum and has now rejoined the Jackson School as a PhD student. He continues to work at UTIG as a graduate research assistant where he is also part of UT GeoFluids, an industry-funded consortium which studies pressure, stress, deformation and fluid migration in layers of rock deep underground: the results of those studies help industry conduct safer and more productive drilling. Landon’s current research uses data gathered at the Mad Dog Field in the Gulf of Mexico to help further develop FES as a method to predict pressure at deep water drilling sites. His research is especially useful to exploration companies seeking to explore oil and gas reserves trapped beneath a salt layer located deep in the Earth’s crust beneath the Gulf of Mexico.

Landon is co-advised by Maria-Katerina Nikolinakou a research scientist at the Bureau of Economic Geology and the Jackson School of Geosciences, and Peter Flemings, UTIG senior researcher and Jackson Chair in Energy and Mineral Resources at the University of Texas.

“I am very proud of Landon,” said Nikolinakou. “He invested tremendous effort in learning the fundamentals of geomechanics and incorporating them in his research. I am thrilled Landon is back at the Jackson School to pursue his doctoral degree.”

Flemings, who also leads the UT GeoFluids consortium said, “Landon’s research is interdisciplinary and focusses on the interface of petrophysics and geomechanics. I’m proud of how he developed, from scratch, a fundamental understanding of geomechanics.”

Perhaps even more impressive, Landon has developed an online software package illustrating his insights which is now available for use by industry. “His combined petrophysics and geomechanical expertise is reflected not only in his thesis but also in his online software tool,” explained Nikolinakou. “His tool has become very popular with our industry associates because of its simplicity in demonstrating complex principles, and their implications for practical drilling applications.”

“His work illuminates how the stress state around salt bodies impacts pore pressure,” added Flemings. “These insights have the potential to provide a new tool for industry to design safe and economic drilling programs and provide insight into how pressure and stress couple in earth deformation.”

Landon believes his success owes much to the exceptional support he has received from his advisors and the Jackson School. “Winning this award means that my school and advisors get the recognition they deserve,” said Landon. “It also affirms that I am on the right path doing what I love and am passionate about.”

The Halliburton Landmark Earth Model Award was established as the Neftex Earth Model Award in 2012, in affiliation with the Geological Society of London. This is the first time the prize has been awarded to a student from a university in the US. Congratulations Landon!

Meet the student: Read an interview with Landon Lockhart