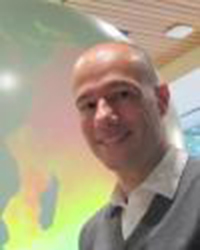 Patrick’s main interest is understanding the general circulation of the ocean and its role in the global climate system. As part of the Estimating the Circulation and Climate of the Ocean (ECCO) consortium that originated under the National Oceanographic Partnership Program (NOPP), they are bringing together a state-of-the-art general circulation model (MITgcm) with most of the available satellite and in-situ observations to produce a best possible estimate of the time-evolving three-dimensional state of the global ocean and sea ice cover. To do so, they use formal estimation/inverse methods. It is now in its third phase, ECCO-IcES.

He is also interested in the cryosphere, in particular in the dynamics of Arctic sea ice and polar ice sheets. They are coupling the MITgcm to a thermodynamic/dynamic sea ice model to improve our simulations of processes in the Arctic and the Southern Ocean. Furthermore, we are investigating the polar ice sheets, their dynamics, their interaction with the ocean, and their contributions to sea level rise. He acts as a co-chair of the U.S. CLIVAR working group on Greenland Ice Sheet-Ocean Interactions (GRISO WG) and is a member of the newly formed NASA Sea Level Change Team (N-SLCT).